The Crofters Rights is a personal favorite venue of mine, both as a musician and a live music fan, so I was very happy to see that some of the very best Bristol bands had joined together for a night at a venue which can easily be considered one of the city’s major cultural hubs.

The first band of the night was Polemics, I’ve seen them a number of times and each time I’m left with the impression that I should really start taking music more seriously. To say Polemics are tight is the understatement of the century, I can only assume they treat band practice like a religion because every note and every phrase is expertly crafted to Frank Zappa levels of perfection. Polemics do not sound like anyone else (In Fact none of the nights bands did) and I mean that in the most brilliant way, they have shred the confines of a genre and crafted a totally unique sound, if you forced me too I could say they sound like a more refined Silverbacks but even then it would be a hard corner to fight.

Eat Your Own Head, a band from Norwich that I’ll admit were unknown to me, took the stage as the second act for the night. There is a common phrase that is “Start as you mean to go on” and Eat Your Own Head took this as gospel because they opened with an absolute barn burner of a track and carried on that energy throughout the entire set. Vocally the band echoed acts like The Damned and instrumental wise they produced an energetic alt-rock sound reminiscent of The St Pierre Snake Invasion.

The final act of the evening was My Octopus Mind who are, frankly, a true force of nature. I last saw My Octopus Mind playing my local pub, and now they can fill The Crofters Rights as the last date of a whistle stop tour of the UK, a true and well deserved evolution. It is hard as a journalist to describe a band that has no musical equivalent, a post rock Mdou Moctar or Russian Circles are as close as you are going to get from me. My Octopus Minds paint a sonic landscape for the ears, rhythmic yet off-kilter, aggressive yet soft, beautiful yet pained in a way that not many bands can do and they do it so well. It truly is an honor to see a band performing so passionately creating music that clearly means so much to them in such a breathtaking display of musicianship and artistic merit. If you haven’t seen them, do. Then tell me what you think, because I’ll be at the back nodding my head to the beat of the double bass. 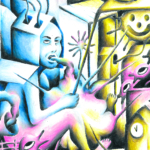 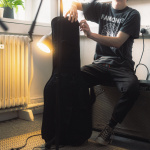 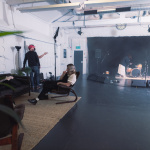 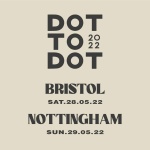 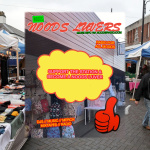 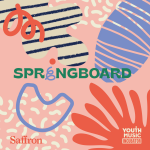